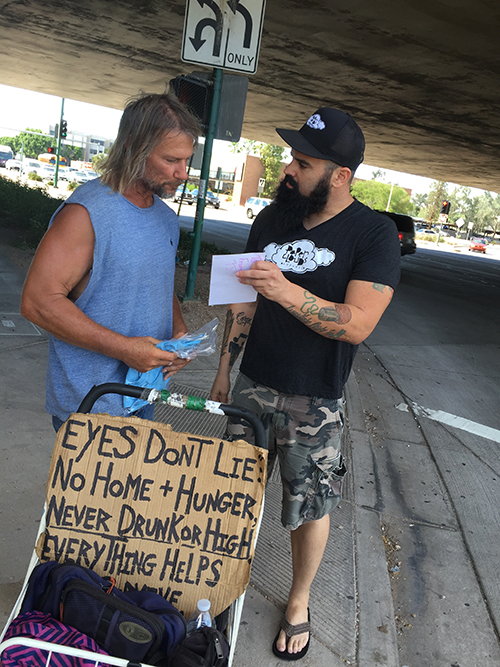 Steven was one of the first people we met when hitting the streets. He is very kind, thoughtful, and articulate. As his sign says, he is never drunk or high, but homeless and hungry. The next time I saw him I called him by his name and his eyes lit up. Who knows how long it has been since someone remembered his name and addressed him with it. We have seen Steven four times now and the last time when I reached out to shake his hand, he pulled me in for a hug. A HUG !!! Made my day !